5 facts to know about Fetal Echocardiogram
December 1, 2022
Everything you need to know about Genetic Counselling
November 15, 2022
Clubfoot, a rigid deformity seen in babies
November 3, 2022

We recently came across a 22-year-old pregnant patient and upon further examination, her 20-week ultrasound identified that her baby had left Congenital Talipes Equinovarus (CTEV). No other abnormalities were identified. The patient lived in a rural area with limited access to tertiary care and plans to deliver her baby at the local hospital. Our diagnosis helped her to know more about clubfoot and the necessary steps to be adopted for further treatment after delivery. Read on to know more about Clubfoot. 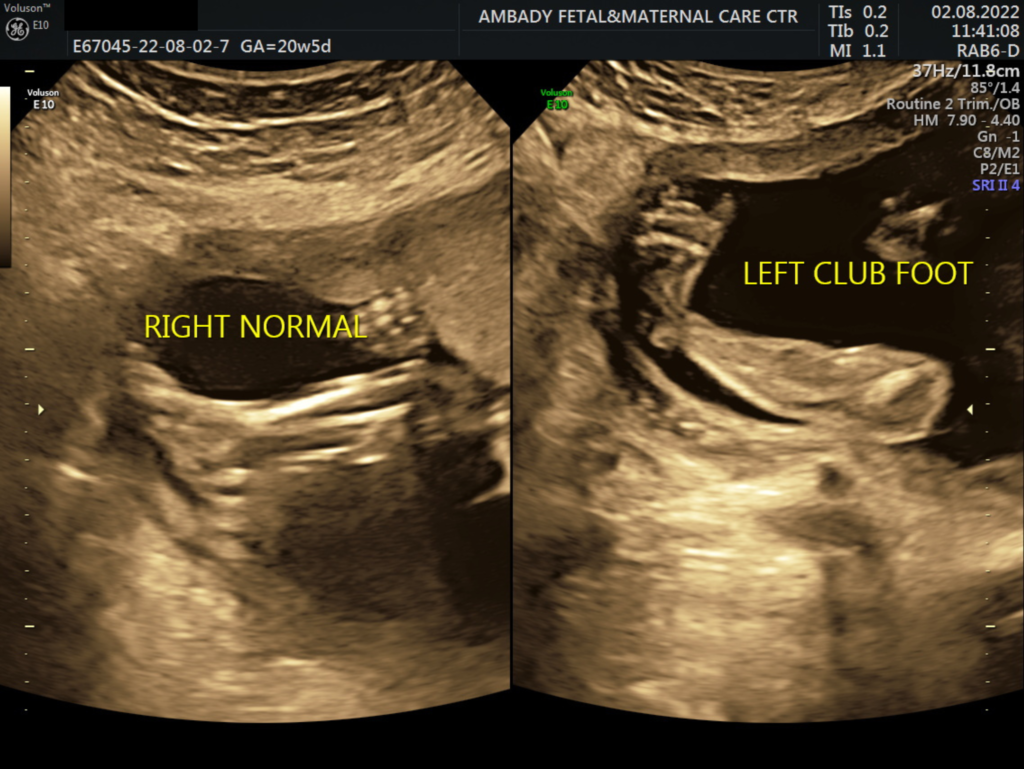 Clubfoot is called “Congenital Talipes Equinovarus” (CTEV) in medical terms. It is a minor anomaly encountered at birth and not uncommon. The baby’s foot is twisted inwards or upwards in a deformed shape. It is seen in 0.1 to 0.2% of the baby population. If one child has got clubfoot, then the chance of getting it for the next baby is 2 to 3%. If the father or mother is affected, the risk for the child increases to 3 to 4%.

Clubfoot can be caused by keeping the foot in that abnormal position for long time. When the fluid inside the uterus is significantly reduced (Oligohydramnios) there is practically no space for the fetus to move his or her legs. This type of clubfoot is also seen when there are multiple fetuses.  This is not a “true” club foot. After delivery, this can be easily corrected by using a simple manual manipulation of the foot.

This condition can be easily diagnosed by ultrasound scans during pregnancy when there is enough fluid in the uterus. Approaching an advanced and professional early pregnancy scan center helps in its early detection. When clubfoot is identified in the ultrasound scan, a detailed 3D or 4D scan for any other anomalies of the fetus is performed mandatorily. A 3D pregnancy scan or 4D ultrasound sonography in pregnancy is generally helpful in the evaluation of skeletal abnormalities in the fetus.

In cases where no anomalies are detected other than clubfoot, doctors do not advise a genetic study.

In 90% of the cases after delivery, a good long-term function of the deformed foot is achieved by treatment.

The treatment usually involves the application of casts supported by limited operative intervention and in some cases, surgery is recommended. In about 10% of cases, surgery is necessary to overcome this genetic abnormality. In rare conditions, more than one surgery is essential for the complete correction of clubfoot.

When the fetus is diagnosed with clubfoot it can impact the family, especially the mother’s psychological state. If the parents are aware of this deformity before the child’s birth, they can take necessary precautions and actions before the child is born. Ambady Scan Centre Thrissur has 25 years of operational experience in radiology and fetal medicine.

A note for gynecologists

It may be positional, congenital (isolated), or part of a syndrome. Clubfoot resulting from in utero positional forces, as may occur with prolonged severe oligohydramnios, multiple gestation, or breech presentation, is not a “true” clubfoot in that the deformity can usually be corrected by manual manipulation of the foot.

Prenatal diagnosis is confirmed if the plantar surface of the foot is persistently visualized in the same plane as the tibia and fibula. Clubfoot can be identified in the first or second trimester. Three-dimensional or four-dimensional US is useful in the evaluation of fetuses with skeletal abnormalities, especially for imaging of the extremities. A careful search for other associated anomalies is recommended. In non-isolated cases, invasive testing and genetic studies are warranted. If isolated, standard obstetric care and delivery is only required. 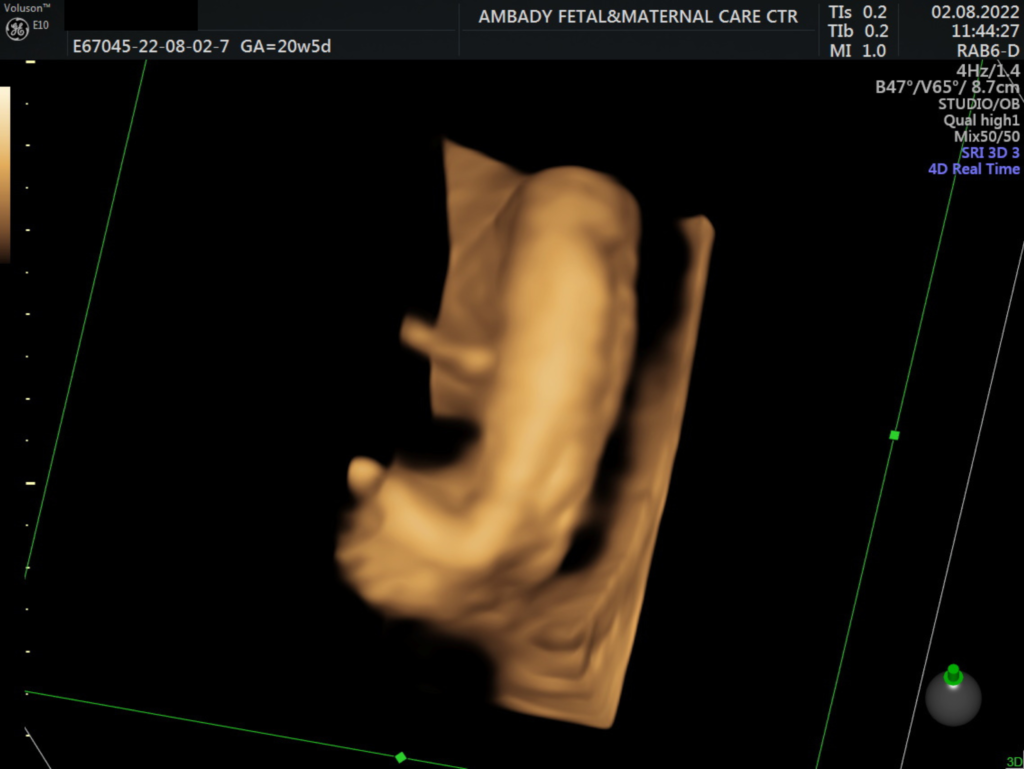 Up to 26% of cases of clubfoot require no active postnatal management. In 90% of cases, good long-term function is achieved by manipulation and serial application of casts, supported by limited operative intervention. Surgery is necessary in about 10% of cases and in one third more than one operation is needed.

Prenatal diagnosis of CTEV has an impact on the mother and family’s psychological state and in some cases, it can modify the pregnancy’s course. Even if the deformity’s progress cannot be modified in utero, most mothers admit as useful the fact of being aware of it before their child’s birth.